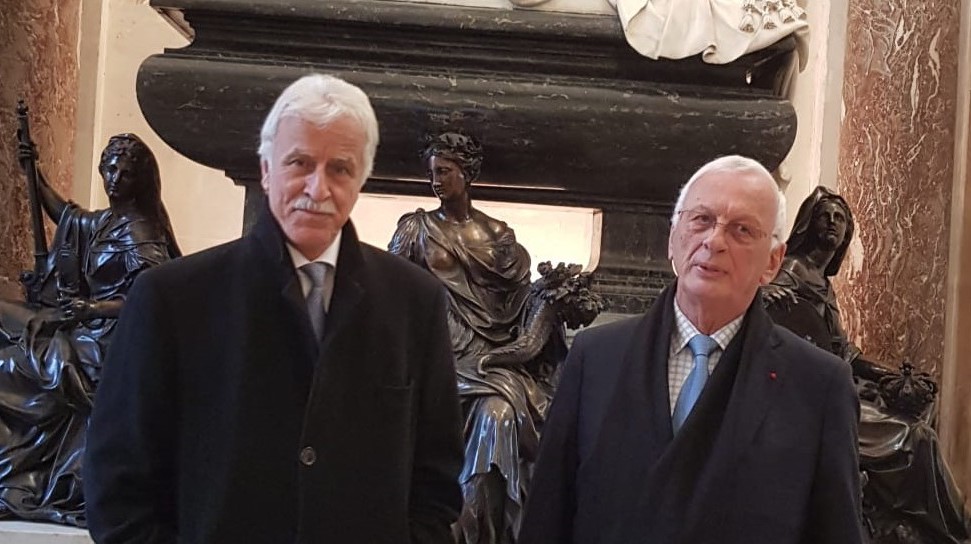 A delegation from the Palestine Academy for Science and Technology, headed by Dr. Marwan Awartani, the President of the Academy, paid an official visit to France, beginning with a visit to the Palestinian Embassy in Paris, followed by a series of meetings in several French institutions. The Academy delegation met with senior officials of the French Academy of Sciences, the National Center for Scientific Research, the French Research Agency, the Ministry of Higher Education, Innovation and Scientific Research, the Nanotechnology Research Center of Grenoble University, the Med Link, the Academic Network for Development, Development Research, the Association of Universities for Cooperation with Palestinian Universities, and the Conference of the Presidents of French Universities.

The delegation held extensive discussions with its French counterparts on the prospects for cooperation in various fields of mutual interest, which led to the formulation of preliminary understandings that will be strengthened in the near future.

The two sides agreed on a plan of action and a series of steps to move the understandings into effect. Including the signing of memorandums of understanding and agreements on specific topics, and the organization of a number of joint scientific events. It was also agreed to organize a visit by a high-level delegation from the French system of science and technology to Palestine in the first half of next year. The two sides discussed the establishment of the Palestinian-French Science Bridge along the lines of the Palestinian-German Science Bridge and the Palestinian-Canadian Science Bridge, implemented by the Academy in cooperation with partners in Germany and Canada.