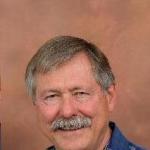 During an academic career of more than 40 years, Dr.Clegg’s research specialty is population genetics and molecular evolution. He has published over 160 research articles and book chapters and he has coauthored or edited nine books. In molecular evolution, Clegg pioneered the use of molecular methods for the study of plant evolution, first by showing that chloroplast DNA sequences evolve slowly relative to plant nuclear genes, and then by demonstrating how maximum likelihood analyses could be used to infer plant phylogenetic relationships at deep levels of plant evolution. In population genetics, Clegg combined empirical studies with statistical and mathematical analyses to show that correlations between genes (linkage disequilibrium) interact with selection to decay at accelerated rates, thereby demonstrating the importance of recombination in population dynamics. In recent work, Clegg and his students have shown that gene conversion is at least as important as crossing over as a recombinational mechanism for generating haplotypic diversity. Clegg has also employed genetics to study crop plant domestication with special reference to barley and avocado. Recent work has established that barley was domesticated at least twice.