Water for the Future - The West Bank and Gaza Strip, Israel and Jordan¹ 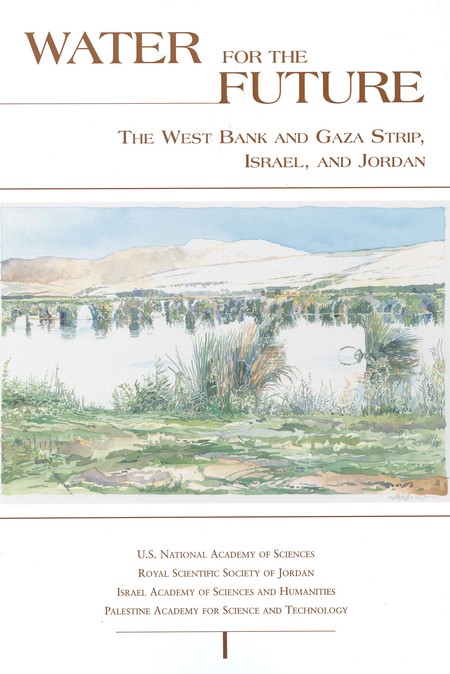 Water for the Future - The West Bank and Gaza Strip, Israel and Jordan¹

Representatives of the principal science councils of Israel, Jordan, the Palestinian Authority and the US first met in Washington DC in 1994 to consider ways in which they might collaborate for the mutual benefit of their communities. They concluded that the most critical problem was ensuring sustainable water supplies in the Middle East. They decided to develop a joint study and appointed a committee with members of Israel, Jordan, the West Bank and Gaza Strip, the United States and Canada, the Committee on Sustainable Water Supplies for the Middle East. This book published in 1999 is the result. This study canvasses the full range of alternatives – physical, biological and social that might be considered in the water supplies of the study area, including an assessment of each option.