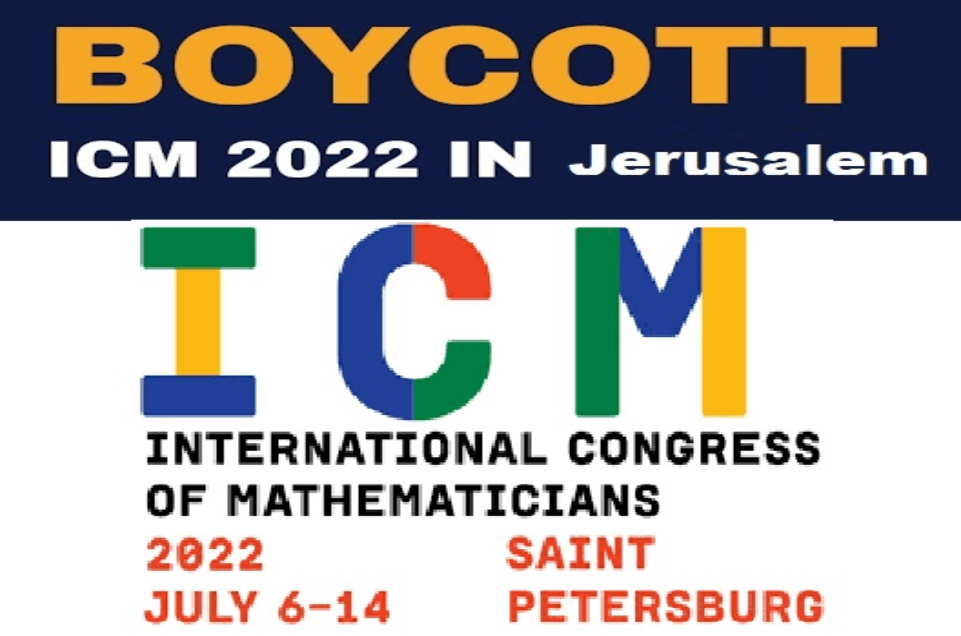 If you are a mathematician, active, retired or PhD student, you can sign the letter below before June 18, 2002

To: President and Executive Committee of the International Mathematica Union IMU
Copy to: organizers and participants, Mostly Dynamics, Virtual Session of ICM 2022, Jerusalem

We the undersigned protest against the decision to hold a virtual session of ICM 2022 in Jerusalem.

Jerusalem is a city the East part of which has been conquered militarily in 1967 and illegally annexed to Israel, an annexation which has been repeatedly condemned by the United Nations, including resolutions 476 and 478 of the Security Council, and which the immense majority of nations do not recognize. As a result, over 300,000 inhabitants of the city live under military occupation, and the constant threat of confiscation and expulsion, as witnessed by the recent events of Sheik Jarrah in 2021.

Recent events in Europe have shown once more the immense wrongs and destructions caused by military conquest and illegal occupation. The wrongs caused to the Palestinians in Jerusalem are not made any less by the fact that they originated in the 1967 invasion, and have been continuing for 55 years. The violent events of May 2022 in Jerusalem show that the Palestinian population is still resisting the occupation.

ICM has been moved away from Saint-Petersburg because of the Russian invasion of Ukraine. We appeal to the IMU and to the individual participants in ICM to uphold international law and peoples’ right to self-determination in every part of the world, including Israel and Palestine

After discussing the matter with IMU and other Palestinian colleagues, we have set up a letter of protest which can be signed here:

We appeal to the IMU and to the individual participants in ICM to uphold international law and peoples' right to self-determination in every part of the world, including Israel and Palestine

We hope we can gather enough signatures by the 18th of June to send it to the IMU and to the organisers and participants of the Jerusalem meeting. 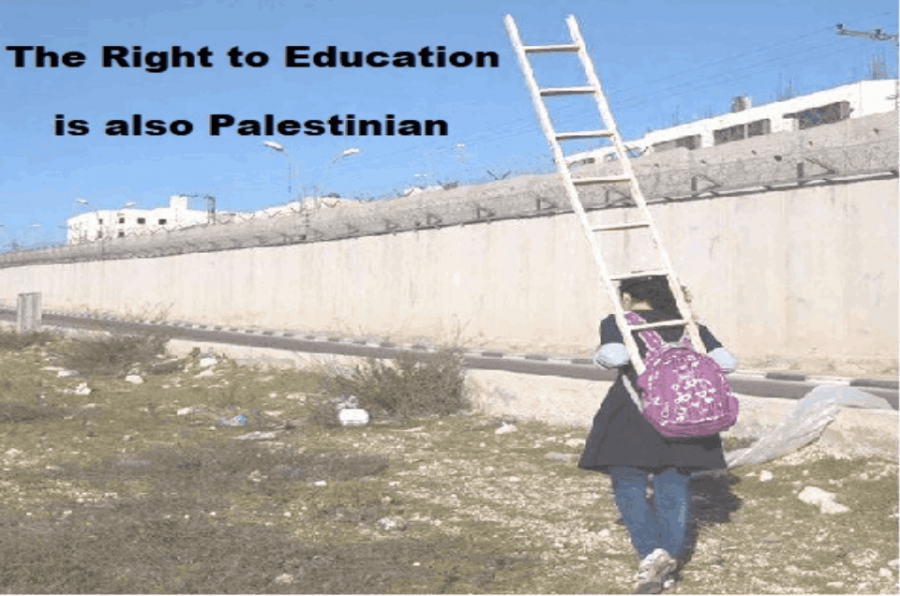 In the 18 Palestinian universities, which count a student body of over quarter of a million, you can hardly find any foreign student or faculty member due to Israeli restrictions.

The Right to Education is also Palestinian 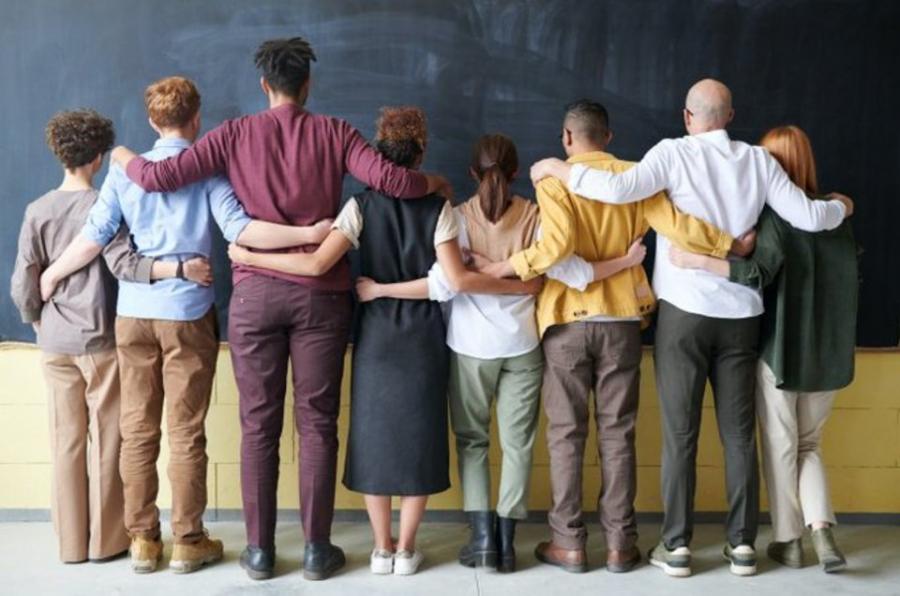 IAP stands in solidarity with those who are committed to bringing about not only justice, but lasting change. The  events  that  have  unfolded  since  the  unjust and  untimely  death  of  George  Floyd  have… 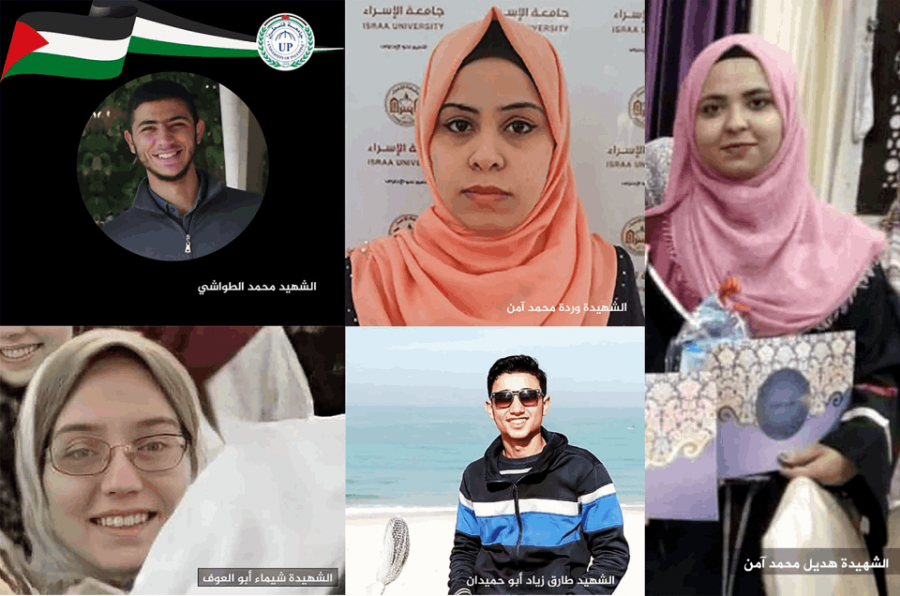 The Academy mourn all the martyrs of Palestine, school and University students and members of administrative and teaching staff at Palestinian Universities, who died due to the continuous aggression on the…

War on Gaza – Targeting civilians, including school and university students as well as members of administrative and teaching staff – Statements 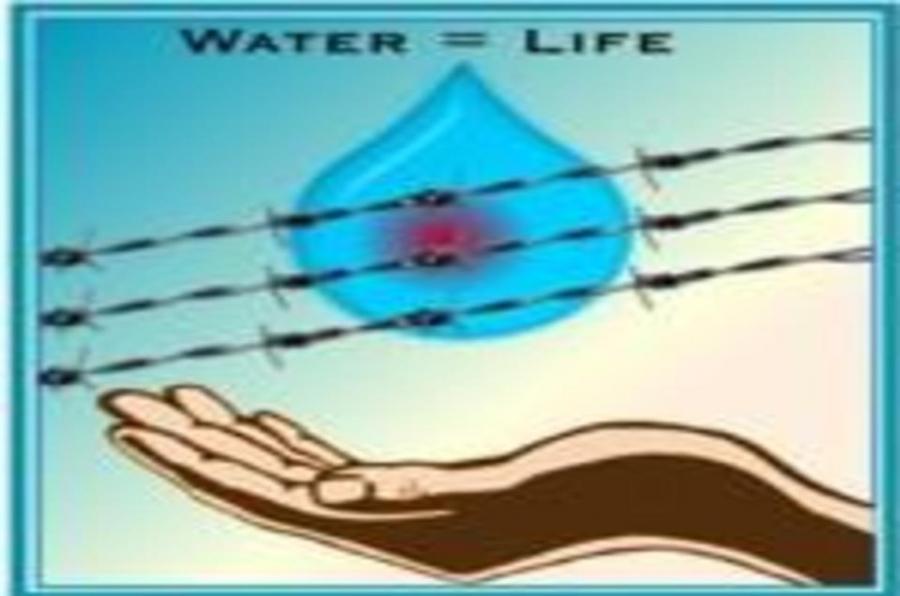 From 2-4 May 2005, the International and Scientific Conference on “Water: Values and Rights” took place at the Best Eastern Hotel in Ramallah. This Conference was organized by Palestine Academy for Science and…