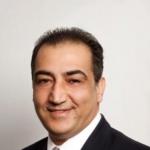 Dr. Mjalli is an internationally recognized expert in business of drug discovery and development of new medicines in the pharmaceutical and biotechnology industry. Dr. Mjalli is the founder, Chairman of the Board, President, and CEO of TransTech Pharma, Inc. and High Point Pharmaceuticals, both of which are drug discovery and development companies of novel medicines. Dr. Mjalli is also a founder and Chairman of High Point Clinical Trials Center (HPCTC) Inc., a clinical trials research center that conducts human clinical trials. In addition,Dr. Mjalli is a founder and Chairman of the Board and former President and CEO of PharmaCore Inc., a drug manufacturing company. Dr. Mjalli obtained his Ph.D. in Medicinal Chemistry in 1989 from the University of Exeter, UK. His postdoctoral work was carried out at theUniversity of Rochester. Dr. Mjalli has held various positions of increasing responsibility in research and senior management at several pharmaceutical and biotechnology companies including Merck & Co., Inc. and Ontogen Corporation. He is the author of more than 40 scientific papers, four book chapters and an inventor on more than 700 patents and patent applications. Dr. Mjalli also served on the Board of Directors of Siga Technologies, the North Carolina Biotechnology Center, the High Point Economic Development Corporation, the High Point University Board, Guilford Technology Community College (GTCC) Board, The Foundation Board of GTCC, High Point Chamber of Commerce, the Arab American University, the American Task Force of Palestine, a member of the American Chemical Society, and a fellow of the Islamic World Academy of Sciences. Dr. Mjalli has raised hundreds of millions of dollars for his companies. Dr. Mjalli is a philanthropist, founder, and chairman of the “Mjalli Foundation for Education” and the President of the “American Academy of Palestine,” both being charitable non-profit organizations that provide financial aid for students in the form of scholarships, awards, and the development of schools for Palestinian youth inPalestine and abroad. Dr. Mjalli has been the recipient of several awards and honors including: the 2011 “Palestine Presidential Merit and Excellence Award”, the 2010 “#1 Top Palestinian Personalities Award”, the 2009 “Triad’s Most Influential People” from the Triad Business Journal, the 2008 “Palestine Diaspora Figure Award” from the Palestine International Award for Excellence & Creativity, the 2008 “Leading Palestinian-American Award in Business & Science” from the American Task Force on Palestine, the ”Fast 50 Award” honoring the Triad’s 50 fastest growing private companies and their CEO’s, Carolinas regional “Finalist for Ernst & Young 2008 Entrepreneur of the Year”, the 2007 “Fast 50 Award”, Carolinas regional “Finalist for Ernst & Young 2007 Entrepreneur of the Year”, the “Health Care Heroes Innovator Award” and the “North Carolina Biotechnology Economic Development Award” from the North Carolina Biotechnology Center. He has been named among the “Triad’s Most Influential People”, was issued the “City of High Point North Carolina Key Award” and awarded the “Science Award in Recognition and Appreciation of Excellence in Innovation and Creativity” by Helios Pharmaceuticals. As a student, he was the recipient of academic awards such as the Glaxo Group Research Scholarship for Ph.D. degree, the Lovis Rydon Memorial Research Prize for Outstanding Research from the University of Exeter and the European Economic Community Scholarship for M.S. degree.