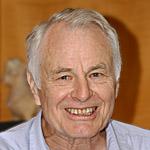 Prof.Dagfinn Føllesdal was born in 1932. He studied science and mathematics at the University of Oslo and University of Göttingen in1950 to 1957, and obtained his Ph.D. in philosophy from Harvard University in 1961. First, he taught at Harvard for 3 years after graduation, then taught at Oslo University in 1967, and from 1968 up to today at Stanford University, where he became a C.I. Lewis Professor in 1976. He has written or edited 20 books, including Husserl und Frege (1958), Referential Opacity and Modal Logic (1961, 2004) and Philosophy of Quine (5 Volumes, edited in 2001); and about 100 articles on philosophy of language, philosophy, philosophy of humanities and social sciences, and ethics.

He was  the editor of the Journal of Symbolic Logic from 1970 to 1982. Prof. Føllesdal won various research prizes, including the German Humboldt Prize. He was President of the Norwegian Academy of Science from 1993 until 1997, and is a member of the American Academy of Arts and Sciences, the Academia Europaea and of the Swedish, Finnish, Danish and German Academies. He has also been awarded the degree Doctor Honoris Causa by Stockholm University.