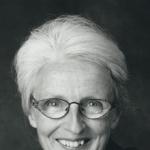 Dr. Ida Nicolaisen was born in Denmark, studied geography, archaeology and anthropology at Aarhus and Copenhagen Universities, got her MA degree in 1971 and was an associate professor at the latter from 1971 to 1997. She is currently Senior Research Fellow at the Nordic Institute of Asian Studies and has been visiting scholar at Barnard and Hunter Colleges , New York. Ida Nicolaisen has carried out anthropological research among a range of indigenous peoples, including pastoral Tuareg and the hunting-gathering Haddad of West Africa, and, for the past thirty-five years, among longhouse dwelling Punan Bah of Central Borneo. She has written/and or edited more than 20 books, incl. a monograph series on pastoral societies of the Middle East, Asia and West Africa. She has published numerous articles on anthropological topics, in particular within the field of cultural analysis of cosmology, identity, gender, cognition, material culture and socio-economic development, ethno-history and the history of anthropology.
Ida Nicolaisen has been the vice-chair of the Danish Development Agency and the UN Permanent Forum on Indigenous Issues and she is currently serving as the chair of the Soeren Kierkegaard Research Center, co-chair of the Chittagong Hill Tract Commission and on the boards of i.e. His Royal Highness Crown-Prince Frederik’s Fund, the Human Rights Network of Academies and Scholarly Societies (ex. Com.), Israeli-Palestinean Science Organization, ALLEA (stand. Com. on Ethics), Humanity in Action, World Diabetes Foundation, WWF-Denmark, Danish Foreign Policy Society, Royal Danish Geographical Society, Harboe Foundation for Climate and Environment, Friends of the Moesgaard Museum, and the Selection Committee of Robert Wilson’s Watermill Foundation. Ida Nicolaisen has also curated museum exhibitions, made TV programs and been a consultant to UNSO, WWF, DANIDA and the Sarawak Museum . She has received several awards and is Knight of the Order of Dannebrog.